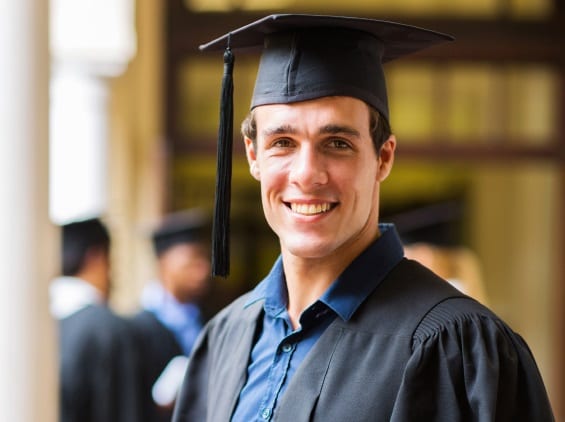 I received this letter from a brand-new graduate who got the accounting job he wanted because he conducted his job search using excellent strategies for his networking, company research, interview prep, thank you notes, and even salary negotiations.

It always helps to see what works (and what doesn't work) for others. See what worked for Scott, so you can use it, too.

This is a success story I want your readers to see, because of the importance that social networking and preparing for an interview play in the role of a job search.

Two months ago, I connected with an employee through LinkedIn at the company I will be starting to work at in June. She was finishing up her accounting degree at the same university where I was also finishing up my accounting degree (although I did not know her at the university). I asked her some questions about the company that I wanted to know. She gave me terrific answers, and I put this company on my "A" list of companies that interested me the most.

A few days later, she told me that her company was hiring for accounting positions and for me to go ahead and send my resume to her. I did, and she gave my resume to the director of the accounting department (who was the "hiring manager"). In other words, I bypassed the dreaded human resources office. Three weeks ago, the director gave me a call to see if I would be interested in interviewing for a staff accountant-in-training position. I said I would, and interviewed with the company two weeks later.

The extra time gave me an opportunity to thoroughly research the company. However and just as importantly, it gave me the needed time to put together the "30-60-90 Day Plan" that you talk about so much. The day prior to my interview with this company, I sent the director the "30-60-90 Day Plan" to give her an idea what she could expect from me as I would hit the ground running. I had a couple of interviews that next day (first with the director and second with a group of her five managers). Because I was thoroughly prepared from the amount of research I did on the company, I came into both interviews totally calm. Not the least bit nervous. Didn't flinch even once (unlike I would have from past group interviews).

Yesterday, the director called to announce that she wanted to offer me a staff accountant-in-training position at $35,000. I was hoping for a little more, and told her that I would give her my final decision the next day. Thirty minutes later, I got a call from another company that wanted to offer me a logistics position at $39,000. I emailed the director back a short while later, and told her that I had been offered $39,000 from another company (but didn't say what for or the name of the company). Mentioned that I preferred to work for her company and like what the company did to help others, etc.

She wrote an email back to me later that day and told me to give her a call early the following morning to go over the email I sent. When I called that next day, she gave me a counteroffer of $40,000 and explained why she chose to give me a bump of an extra $5,000. After listening to what she said, I agreed on the counteroffer and will be working for a terrific company in just over a month from now.

What this goes to show is a few things:

1.  Networking is vitally important, online or in person.  You never know where your next job will come from as a result of networking, and avoiding the human resources office is always a great idea.  It worked for me.

2.  Take preparation for an interview seriously.  When you know what the company does, where they rank in the Fortune 500 list of companies or in the Forbes' 200 Largest Private Companies list (which this company is a part of), how many locations the company has, how many states the company is in, the areas the company specializes, the company’s competition, the things the company is most known for - and you can synthesize that information in such a way that it feels natural (which was the case for me in this set of interviews) - a sole interviewer or a group of interviewers will perceive that you are real and human to them (not just the next person trying to impress interviewers for the sake of impressing them). As the saying goes in the field of business, “Perception is reality.”

3.  Be a problem solver.  Interviewers (be it a director, manager, or anyone else who is the hiring manager) have a pain or a problem that needs to be taken away or solved.  From listening to the interviewers' responses, I could sense/perceive where the pain existed with these individuals.  Based upon the questions of the interviewers, I gave powerful responses that demonstrated how I could take away their pain.

4.  Always, always, always (if I haven't said it enough, always) send a thank you note to everyone who interviewed you, plus others who you interacted with during the interview process.  This particular set of interviews was a little tricky in terms of getting business cards.  I made sure when all the managers went around the room to introduce themselves to write them down to the best of my ability in the pronunciation of their last names. When I asked all the managers for a business card and none of them had a business card to give me, I had the names written down on my pad. Then, when I spoke with the director's assistant, she needed information from me. When I was able to get her email address, then I was set. Thank you notes can make all the difference in the world for a “hiring manager” between two candidates. Besides, I don’t know of anyone who does not want to be thanked for the time he or she spent with you of that person’s busy schedule.

Because the director said that a decision would be made quickly on me, I chose to send emails instead of a thank you note sent via snail mail. I sent an email to the director, thanking her and the managers for the time they took out of their busy day to interview me, etc. I sent an email to the director's assistant, thanking for the conversation I had with her. In both emails, I reminded each how much I was looking forward to the opportunity of working with the company and how highly I thought of the company. I believe that people need to be treated with respect within a company – from top level management all the way down to custodians, administrative assistants, and many others.

This is my story, and good luck to you on your job search.

What can we learn from Scott's story?

1.  Networking matters.  LinkedIn is your friend, and you can contact people you don't know for great results.

2.  Researching the company is critical. The more you know, the better interview you'll have.

3.  30/60/90-Day Plans are the best interview tools on the planet. They prepare you, they keep you calm, and they help you communicate most effectively.

4.  You can negotiate your salary (even in your first job) from a very positive point of view.

5.  Thank you emails should be sent to everyone you speak to in your interview process.

I hope you incorporate these strategies in your job search and find the success you want, too.