How to Answer Interview Questions - Q9 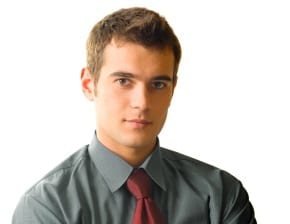 Give me a specific example of a time when you had to conform to a policy with which you did not agree.

Even though a good STAR story is the backbone of answering Behavioral Interview questions, here’s one interview question where it’s actually a good thing NOT to have a great story for. Asking you for an example of a time when you folded under pressure is a situational interview question that’s even worse than “Describe a difficult situation and how you handled it.” At least in that one you can come out looking like you’ve overcome something. In this one, there’s not any way to make yourself look good.

Because think about your choices with this question:

Did you not want to conform to the policy because it was unethical—but then you did? You may think of yourself as the martyr in that situation, but you’ll just come across as someone who is OK with being unethical. That’s not the image you want to project.

Did you not want to conform because you knew best? Saying that you knew more than your previous boss is a bad tactical error in an interview because then you’re badmouthing them—and that’s always a no-no. That answer sets you up as an adversary for your future boss even before she hires you—and she won’t. Not with that attitude.

The truth is that the vast majority of directives, instructions, etc. at work you just won’t be able to have any influence on. The few things that you can influence are still limited. You can try to communicate, grab more information, educate, and so on. But in the end, you’re going to have to execute or you might lose your job.

But this question does get asked in interviews, so how do you answer it?

The interview wants to know how you would really react in a difficult situation. What’s your communication style? Did you confront your boss? Did you avoid the whole discussion?

Your best answer probably sounds something like, “Sorry, I can’t think of a time when that happened.” If they press, you might say, “I might ask questions or express concerns over a policy because I believe it’s part of my job to support the team and that includes spotting potential issues before they become actual problems…but in the end the decision belongs to my supervisor and I always respect that.”

With that answer, you’ve shown you’re a critical thinker, a team player, and respect the chain of command. What potential boss wouldn’t be comfortable with that?

Get more help with shining in behavioral interviews.