Job Interview Question: Are You Willing to Relocate? 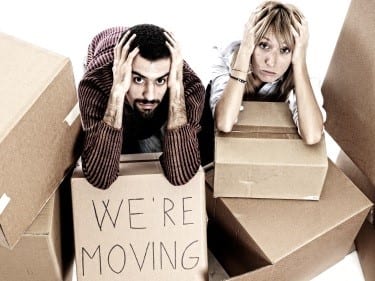 How to avoid answering the relocation question--for now. Want the job but not sure you want to move?

Here's a big part of your job interview strategy:  giving the right answer to "Are you willing to relocate?"

In both cases, the answer they want to hear is “Yes.”  If you can say “yes” with enthusiasm, then more power to you.

However, it’s entirely possible that you’re not willing to commit yourself to such a major life change yet…I mean, you don’t even have the offer!  (Not to mention real estate market issues.)

So if you’d rather avoid that question for now, what can you do?

The standard answer most people think of is, “I would consider relocating for the right opportunity.”  But that’s kind of a weenie answer that’s not going to earn you many points because that translates to: “If you throw enough money at me, I’ll think about it.”  It doesn’t make the interviewer believe that you’re enthusiastic about this job or about his company.

A more sincere sounding answer that still doesn’t commit you might sound more like, “I am very interested in advancing my career, and if relocating is a part of that, I would certainly consider it.”

Or maybe you want to avoid it even more:  “To me, where I live is really a secondary concern.  My career path is important to me, and I’ve been very impressed with what I’ve learned about this company and believe that this position in particular is a great fit for my skills in X, Y, and Z.  Do you agree?”

Now see what you did:  You avoided the question, brought the conversation back around to your skills and selling yourself, and asked him a question that hopefully sets him on a new train of thought.

If you absolutely can’t relocate, you have to be honest about that, but try not to just say “No.”  You don’t know what the future holds, and your life might look very different in a year for a thousand reasons.  So say, “I’d rather not relocate right now, but that could easily change in the future.  Who knows what circumstances may bring tomorrow or a year from now?”

In all of these cases, these answers make you look more sincere than if you had given the standard answer about the “right opportunity.”  They keep you from making a strong commitment while still making you appear flexible—which is always going to be a plus with your future employer.

Get more tips like this one in Career Confidential's Strategic Approach to Interviewing.